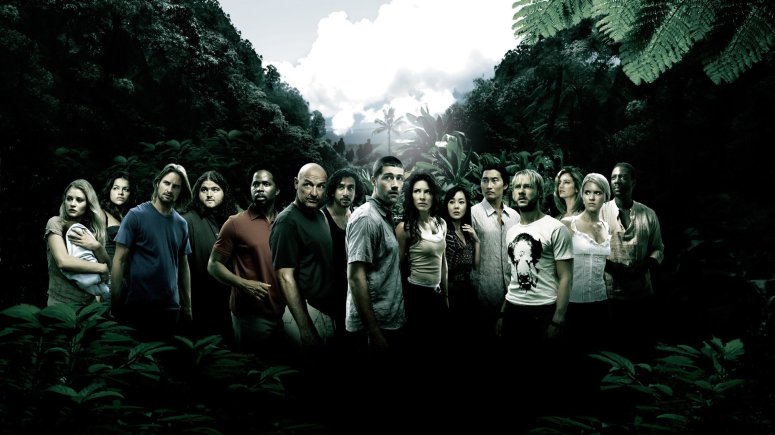 Sometimes size does matter and Lost is the perfect example. If you hate Lost then you CAN’T SIT WITH US. Like for real, get lost. (See what we did there?)
Do not pass go, do not collect $200 and basically die. If Lost was a food it would be pizza. If Lost was a Kardashian, it would be Khloe because we all know Khloe is the best one. WE LOVE LOST. LOVE LOVE LOVE LOST. It changed our lives and we actually own all 6 seasons on DVD even though it has been on Netflix for years. LOST IS JUST THAT GOOD.

Lost was created back in what we refer to as the “Golden Age of TV”. That golden age was back when a season of a show was about 25 episodes, with each episode being about 45 minutes to an hour. Lost will take you months to binge watch if you only binge a few episodes a day. In today’s world we are lucky to get 25 episodes out of 2 seasons of any good show we watch.

The problem with this is that Lost is so good that most times you will find yourself staying up until 4 AM to finish episodes because you HAD TO KNOW what happened next. In all seriousness Lost, Desperate Housewives, American Horror Story, 30 Rock and Game Of Thrones are our top 5 favorite shows we have ever seen. So this show is no joke.

Our only warning is season 1. Season 1 is more of a set up for the rest of the show. You must make it through season 1 in order to appreciate and enjoy the amazing life changing series that is Lost. Sometimes people get halfway through season 1 and give up. This is not what you should do. Season 1 is still great but it is not as great as all the other seasons. Each season gets better as the show goes on.

For example, when we re-watch Lost, like we do once every year, we usually skip season 1 and begin with season 2. Do not start at season 2 as Lost is one of those shows you need to pay attention to and watch in chronological order to understand what the hell is happening.

Each episode is important and every single episode features a small back story of the past of each character. Like Orange Is The New Black, Wentworth or Once Upon A Time, the flashbacks are all character focused and tie into the theme in each episode. The difference here is that Lost established itself as one of the first shows to use this technique. And if there is one thing we all know, its that once an idea is a hit, everyone wants a piece of that hit making pie.

Lost is about a group of people, all differing in race, personality, religion, gender, sexuality and career. These strangers have to come together because they are stranded on an island after a plane crash. The show begins with a plane crash and we are told about the crash throughout all the seasons via that flashback technique we discussed earlier.

Symbolism is the biggest element in this show. There is more symbolism in Lost than a million copies of The Great Gatsby put together. Everything means something and everything relates back to or refers to something significant for the show. Lost is a thriller, drama, action/adventure, mystery and sci-fi show.

The character development and mysterious nature of the plot are the reasons you won’t be able to put this show down. Each character has a crazy back story that is revealed throughout 6 seasons. The only problem is that Lost has a million characters, so there is a lot going on.

Each main character probably has 2-3 backstory episodes per season. So it is just the perfect amount to get your fix and still keep up with the main plot on the island. This flashback technique will start getting confusing in season 5 as the plot jumps forward as well as backward through time. The time jumping will cease by the end of season 5, just in time to have you back on track for the final season.

We do not want to give away the ending but we will say that it really infuriated MANY MANY PEOPLE. We personally loved the ending of the series and thought that it helped to sum up the show perfectly. We also think Lost can do no wrong in our eyes. Like Lost could murder another show and we would help Lost cover up the murder.

We understand the anger and negative response from those who invested all their time into Lost only to be let down by the crazy ending. We understand but we also think that the ending does not ruin the show. The best part is the journey, not the final destination. Season 2-4 is Lost at its peak and will have you craving more at the end of every single episode. You will become addicted to this show and the addiction will consume your life. When it ends you may find yourself crying randomly or planning a trip to Hawaii just to feel closer to the show again.

Just writing about it makes me want to start watching it again. Sadly, we watch a million new shows a day and cannot afford to take our time away from new content. New content may be exciting and fun but it is shows like Lost that stand the test of time. Lost was ABC network’s most successful show to ever grace the silver screen. We were devastated to find out that the show was going to end after just 6 seasons.

The finale, as well as many many episodes brought tears to our eyes and love to our soul. NOT PENNY’S BOAT will slay you faster than the “Red Wedding” in Game of Thrones. This is the most recommend show we have ever reviewed and one of our all time favorites to experience. Get Lost in the sauce. Get Lost in Lost.